Saidia – Ousted Egyptian president is having such a bad time right now, after his fall from grace, the ousted president finds himself charged with “breaking free” from the prison back in 2011.

The general prosecutor just sent the files of Morsi’s case (Wadi Natroun) to a judge, and the reason is to officially look into the case and decide if the ousted president will be subjected to a trial or sent back to the prison in order to finish his sentencing, that is if the claims of his prison break are true.

This came as a shock to us because we never thought that a person who won free elections would end up in a prison cell for crimes he might have committed decades ago, or imprisoned on politics-related charges.

Saidia – Breaking news coming from Egypt’s Sinai as violence continue in the once tourists-magnet area of Egypt.

Reuters reported today that armed groups attacked an Egyptian military camp in Sinai while eyewitnesses tell reuters that loud explosions could be heard from the Egyptian border town of Rafah. The attack comes as security in the Sinai peninsula deteriorated following the fall of ousted president Morsi from power by widespread demonstrations supported by the Armed Forces. The main suspects are believed to be  Morsi loyalists who warned of violence before and after Morsi’s ouster from power.

Check out Reuters for more details concerning the situation in Egypt and Sinai. 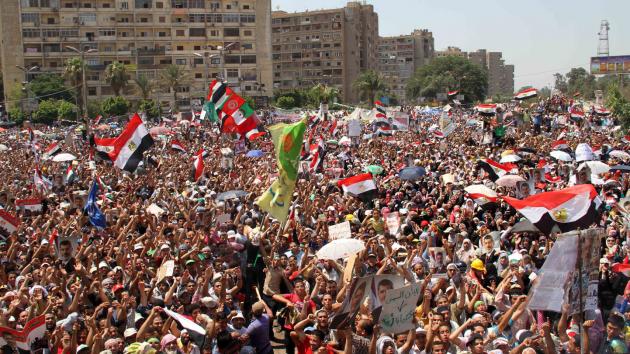 Saidia – Reports from different media outlets, 3 people were killed and over 15 seriously injured in the latest attacks against army and police positions.

Fingers of accusation points out to the Muslim Brotherhood’s military wing for the latest terrorist attack in Sinai which took the lives of 3 people and injured over 15 following in an attack on a bus while an explosion also rocked an empty police HQ (under construction). The Muslim Brotherhood is largely being held responsible for previous and current attacks against army and police targets. These attacks came following warnings from the leadership of the Muslim Brotherhood that the latter will not stay silent in the face of what it described as an “army coup” against the “legitimacy” of ousted president Morsi.

Sinai has become since the fall of president Mubarak, a safe haven for extremists, terrorists and surely militiamen of the Muslim Brotherhood who are believed to be stationed in the mountains of Sinai. 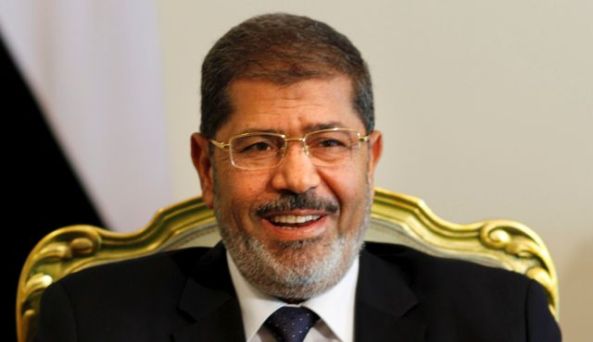 Saidia – Reuters reports today that ousted president Morsi has been questioned for supposed crimes committed during his one year as president of Egypt by the general prosecution.

Morsi, who was ousted through a popular uprising supported by the military which subsequently used its influence and weight to topple the president and moreover apprehend his family and entourage while at the same time closing pro-Morsi TV station and getting accused by the Muslim Brotherhood and other pro-Morsi supporters of turning a blind eye on vandalizing acts by anti-Morsi protesters and conducting illegal raids, arrests and even assassination against leaders and members of the Muslim Brotherhood. Something the army and a huge percentage of Egyptians refuse and rebuff.

However, it appears that the fears of the pro-Morsi camp may come sooner than they thought as “their legitimate president” found himself being questioned by the general prosecution with accusation as harsh and serious as conspiring against the country and giving orders to kill unarmed protesters making his previous fears, the accusation of his supposed prison break, the least of his worries at the moment.

Saidia – The treats made by the Muslim Brotherhood about destabilizing the country may have been true as violence in Egypt seems to be escalating towards an Iraq-like scenario.

Over 42 people were killed in clashes near the headquarters of the republican guard between pro-Morsi demonstrators and the Egyptian army and the Muslim Brotherhood is claiming that the army stationed in the perimeter of the republican guard HQ. With the Muslim Brotherhood seeming as strong and staunch as ever many are wondering what will happen next in the land of the pharaohs. Many parties came out with statements calling what happened a massacre against the Egyptian people and while anti-Morsi parties, political figures and news channels denounced what happened they stopped short from accusing the army of committing anything wrong while on the other hand pro-Morsi and neutral political parties called the Egyptian interim president to resign as a response to what they called a massacre. And as violence continues to spread from a city to the other, the US seems to be unable to support one part over the other as president Obama’s administration continues to send mixed signals about its stance on what happened is happening in Egypt while the vast majority of Arab countries (mainly gulf states including Qatar) publically welcomed the change in Egypt.

The violence in Egypt even caused a rift between Al Arabiya and Al Jazeera which were for the past 2 years strongly supportive of each others news reporting which might explain how delicate the situation is in Egypt.

Berkane – A new president has been sworn, protests have diminished, the army has largely pulled out of cities but toppled Egyptian president is nowhere to be found!

Last time president Morsi was seen is July 3rd 2013 during a speech broadcast late that night and then a video supposedly recorded by Morsi few minutes before the second army statement surfaced on Al Jazeera Egypt but since then mixed reports came out some suggesting that Morsi has been apprehended and is being detained in the ministry of defense while other reports claimed he was being kept in the HQ of the republican guard.

So, in only 1 day president Morsi is really not the president anymore, his government has been toppled, his prime minister charged and convicted with 1 year in prison, pro-Morsi channels closed by the military including the Qatari-owned Al Jazeera Egypt and the leader of the Muslim Brotherhood has been arrested! IN ONE DAY! but still, where is Morsi?