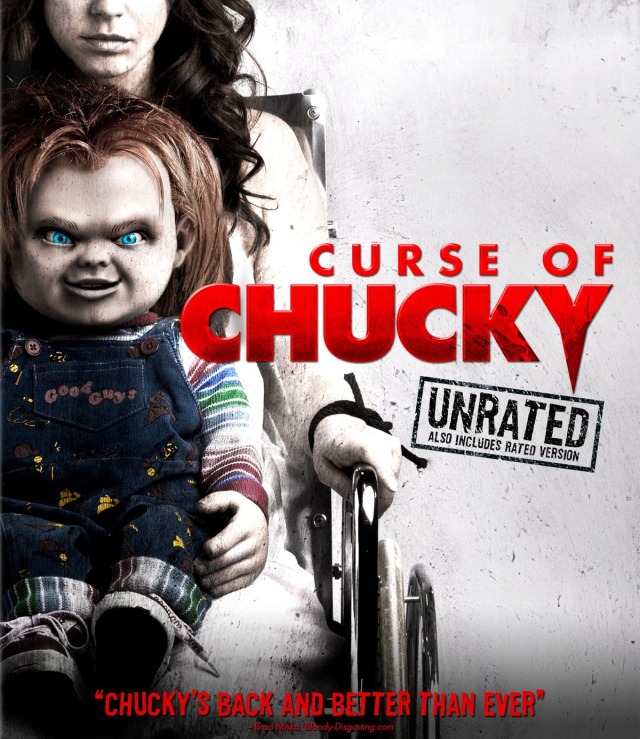 Ifrane – So its been months and months of waiting to see the 6th chapter of a story that changed my perception of Horror movies, The Curse Of Chucky.

The first time I saw Chucky was in “Child’s Play 1” and since then, my heart fell in love with Chucky. I never though, even at young age, that chucky was scary. Actually, I though that the character although being a cold-blood killer was funny and laughs-making factor in the movie. In the 6th installment, Chucky is back better than ever and rave reviews are coming, and coming fast. But I thought, a peer-review from me, a young 21-year old college student, would be way better and more closer to the youths than a review by a saggy, sad old 60-year old critic.

Here is my review guys, and its way not as professional as those of famed critics but it showcases what I think about the movie. IT IS A MUST-WATCH! It could even be one of the best horror movies of 2013 and in my eyes, it is the personification of a solid comeback by Chucky. The movie is scary, thrilling and blood-rushing. Although gore and blood-full, it still has a story, a story with a human factor and the viewer is kept waiting to see what will happen next! Chucky is as professional as always (that was supposed to be a joke) and the plot is, or could probably be, one of the most eye-catching plots in the whole series of Chucky. That is without forgeting to mention how professional (seriously this time) the cast is, although I had a hard time recognizing the actors (actually I googled most of them) there should be no doubt that their performance was that of A-listers.

So go ahead, what are you waiting for! The Curse of Chucky is out now on “Video On Demand VOD) and will be available next month on DVD/Blu-Ray and I URGE URGE URGE you all to watch it! 😀