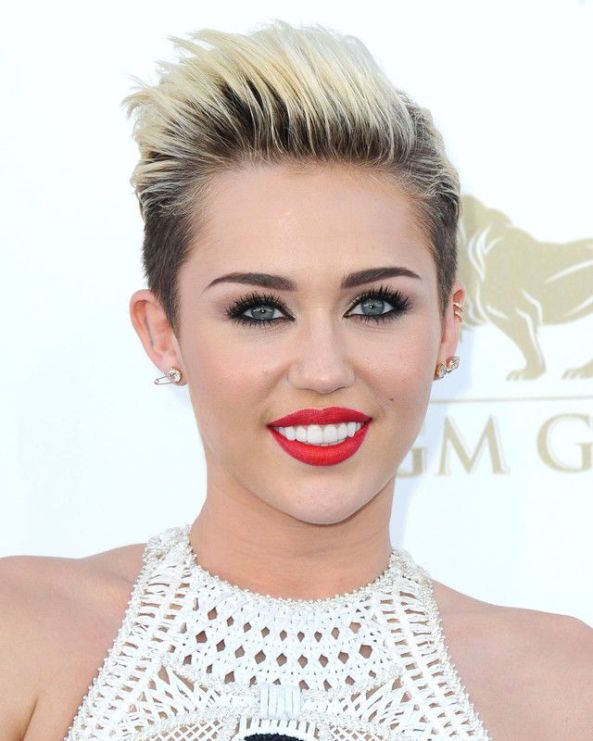 Ifrane – Gore, disgusting, raunchy and inappropriate are only few of the words used today to describe who was once called the princess of disney, Miley Cyrus.

Miley went, some might say step by step, other say out of nowhere in becoming a sex-reliant, sex-selling singer with a rock’nd roll style in the way she dresses, the way she sings and even the way she talks and behaves. It could be closer to an animal locked for so long under layers of falseness and suddenly having the full and utmost liberty to do whatever, buy whatever and sing whatever she wants. Realizing she is no longer bound either by law or parents to be that sweet little girl called Hannah Montana. But, Miley may have just won the odds in making it to the other side, that is the adults world. A step many child stars find very hard and very challenging to do, Lindsay Lohan and most recently Amanda Bynes suffered and are suffering from problems in dealing with stardom, fame, stress and the fear, the fear of losing it all or the fear that they will not find a project that will push they’re careers further up. Miley’s latest two videos went well beyond 600 Million views making her latest look-changing more profitable for her and her brand since, well, since her peak back in 2008-2009. Soures confirm to TIWA that Cyrus is now earning as much as $80 Million a year from endorsements alone!! guess all that jumping and twerking is paying off nicely 😉

Miley has succeeded in guaranteeing that her name will never, always, be attached to her Hannah Montana era and although people are sometimes, or most of the times, left with a feeling of disgust, I advice hem to forget the old Miley Cyrus and focus on the new one as a new, emerging artist with a new, different and probably controversial style.